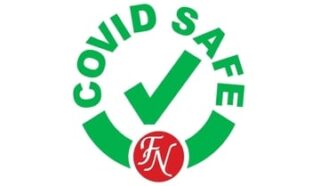 Use of minimally invasive techniques in today’s surgery is the most important development for the modern surgery and offers many advantages over classical open surgical techniques. Current surgical and technological developments allow surgeons to perform many complicated surgical interventions with minimally invasive method. Laparoscopic surgery has many advantages over open surgery including shorter hospital stay, decreased morbidity and faster recovery period. Laparoscopic surgery has become popular in, and a standard procedure for, many abdominal and pelvic operations.

Robotic surgical systems were first used in 1996 then introduced into intra-abdominal surgery in 2000 when the Da Vinci Surgical System (Intuitive Surgical, Inc., Sunnyvale, CA, USA) was approved by FDA. The primary advantages of robotic surgical systems include obtaining there dimensional natural images that give a sense of depth; ability of mechanical wrists (EndoWrists) attached to the end of robotic arms to precisely move in six axes; and minimized vibration. Robotic surgical procedures have been widely used in the world and considered the age of surgery after laparoscopy.

What are the advantages of Robotic Surgery?

Despite being mostly used in urologic surgery over the last decade the robotic surgery has been increasingly used for general surgical procedures. It offers technical advantages over laparoscopic surgery when working in deep areas that are difficult to reach such as abdominal surgeries, stomach hernia, esophagus, and rectum. It is mostly used in colorectal surgery in the general surgery. The areas where robotic systems are used are listed below.

In robotic colorectal surgeries, postoperative pain is less due to incisions 1-1.5 cm in size, and period for oral feeding (2-3 days) and hospital stay (4-5 days) is shorter.

Robotic surgical surgeries are successfully used in treatment of any colorectal diseases. Because of anatomic features, robotic surgical systems become more important for narrow and deep areas, e.g. pelvis, in operations performed for rectum cancer in particular. During a lymphatic dissection compatible with oncologic surgical rules, conservation of blood vessels and nerve packets, which perform sexual and urinary functions, is possible and much safer with robotic surgical systems. Quality of life of the patients is improved and the rate of local recurrence is decreased after this surgery. Patients start physical activities and oral feeding earlier. Thus, hospital stay and return to daily life is shorter.