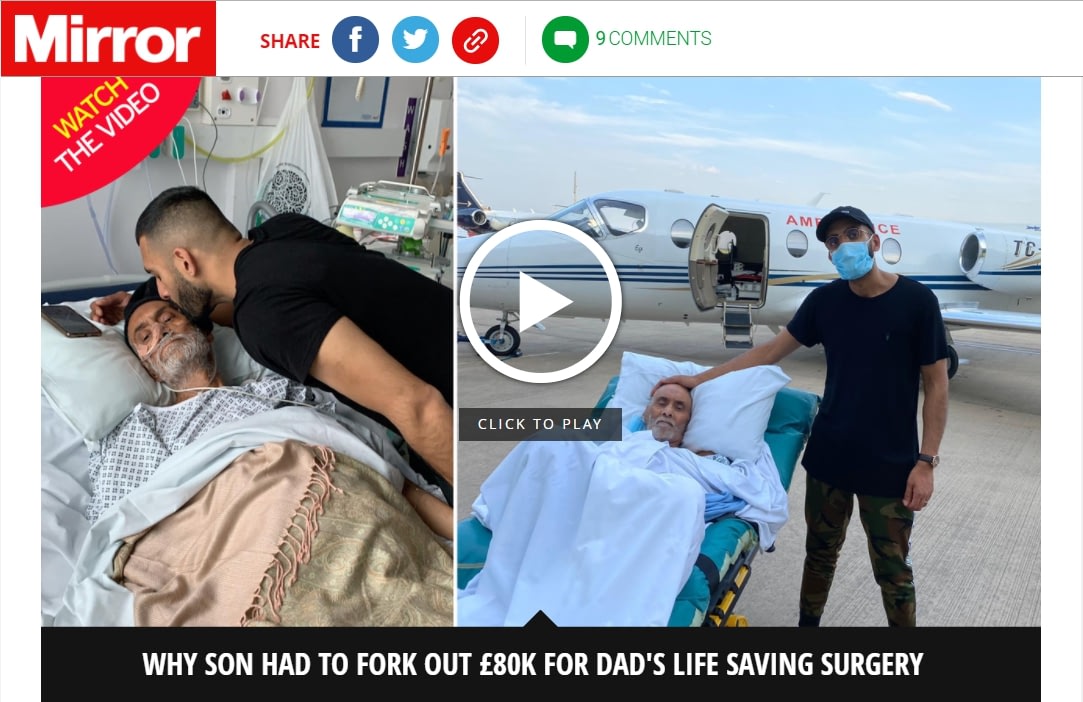 EXCLUSIVE: The family were forced to fly their dad 1,700 miles to Turkey for a liver transplant after UK doctors said he was too unwell to have the surgery here

Zahid Anwar, 61, had begun suffering problems last year and was diagnosed in February with the hepatitis B virus.

By April he was so ill that doctors began to consider a transplant. But his condition worsened in June.

Son Hamza said: “We were told he was not fit for transplant. By July they said he had little time left. Then he went into a coma and they were talking just a week.”

Hamza, 32, and wife Zubera, 30, had already begun a search to get his dad a transplant with him as his donor. He said: “We looked at places like India and China. Then we contacted the hospital in Istanbul.

«They wanted to see his records and treatments. They came back and told us Dad didn’t have much time. It was a small window of opportunity, we very nearly didn’t get him out in time.”

Clothes shop owner Zahid, of Lytham St Annes, Lancs, was in the coma for six days. When he came out of it, Hamza says doctors at Blackpool Victoria Hospital said he was too ill to leave.

So on August 11 Zahid discharged himself and was taken by private ambulance to Manchester Airport, where a private jet with a doctor and nurse on board was waiting to fly him to Turkey.

Three days later father and son were going under the knife at Florence Nightingale Hospital in Istanbul. Hamza said: “In the UK they try to find a deceased donor first but in Turkey nearly every transplant is from a living donor.

“Families are larger and more close-knit. I’d do anything for Dad – I was his only lifeline. We rushed through the tests and hardly had time to pause before we were in surgery.”

In parallel 12-hour ops on August 14, Hamza gave his father 70 per cent of his liver, which will grow back to normal size. He said: “Dad’s liver had been almost destroyed so they took a bit more than normal.”

Estate agent Hamza added: “We think the NHS is great, and the nurses and a lot of the doctors who cared for dad were wonderful. But we feel something went wrong with the management of his care.”

A spokesman for Blackpool Teaching Hospitals NHS trust said individual cases could not be discussed.

By clicking the Contact Us button, you can easily get medical second opinion and ask your questions (medical procedures, quotation, assistance services etc.). Your queries will be responded within 48 hours at most.