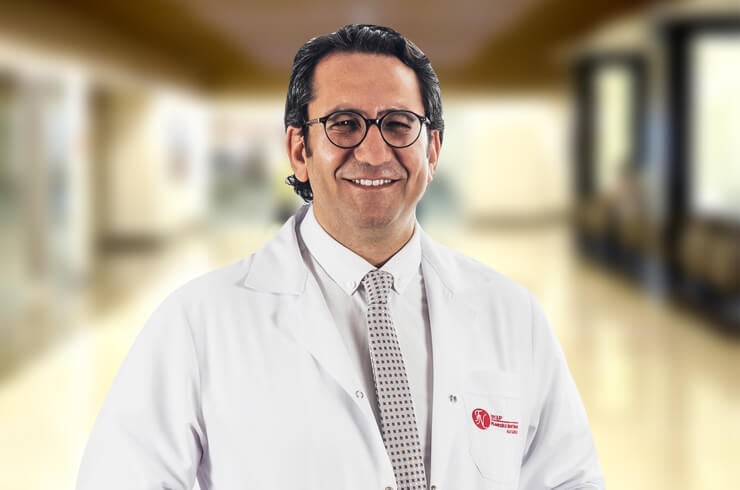 He graduated from Gazi University Faculty of Medicine in 1998.

In 2004, he received his Urology Specialization from Ankara Numune Training and Research Hospital 1st Urology Clinic.

He worked at Ankara Atatürk Training and Research Hospital between 2007-2009.

In 2009-2011, he received active applied training and qualification certificates in the fields of Robotic Urology and Urooncology at the European Institute of Oncology (Istituto Europeo di Oncologia-Milan Italia).

He continued to work in Ankara Atatürk Training and Research Hospital between 2011-2013.

He received the title of Professor in 2018.

Currently, Prof. He works as a doctor and is the General Secretary of the Prostate Cancer Association.

He studied robotic surgery in Paris and Belgium in 2005. In March 2005, Florence Caglayan, Turkey’s first robotic urologic surgery program took place at the team started the Nightingale Hospital. It made its first robotic sacrocolpopexy operations in Turkey in June 2008. In 2008, he worked in USA NC Wake Forest University in the fields of endourology and advanced robotic surgery.